Celebrating 120 years of building financial futures in our community

The First National Bank of Dryden was founded in 1902 when J.B. Wilson, the then Chairman of the Board of Supervisors for Tompkins County, met with local business leaders and farmers about starting a bank in Dryden. Each interested party pledged to purchase stock at $100 a share and raised a total of $25,000 to successfully organize the new, national bank. There were 58 original stockholders.

That same year, Teddy Roosevelt was President of the United States and the automobile was relatively new. The most common way to get back and forth to the bank was on horseback, walking or by horse and buggy. Having a bank close by in the village of Dryden was very desirable.

In October of that same year, the stockholders met and elected seven directors for the bank and drafted the by-laws for approval and adoption. Hours were set for 9am-4pm with the doors closed for one hour at noon. Subsequent meetings progressed with the election of C.D. Williams as the Chairman of the board, M.E. Tripp as the bank’s first President, and F.H. Cuykendall as the original Cashier.  Board member George Cole was tasked with 50% of the capital for a new building and had two weeks to do it. A safe, furniture, fixtures, books, stationery and a sign were purchased and by the end of October, pledges were confirmed and the Articles of Association were executed. Preparations continued through the following month and by November 20, the Board of Directors authorized the bank to open its doors on Monday, December 1, 1902.

Original Board of Directors

The First National Bank of Dryden began printing their own currency before the doors opened in December of 1902.  The bills would include the signatures of the President and the Cashier at the time of printing.  The 20 dollar bill shown above was signed by the Cashier, Webb Corbin and the President, Seward J. Lupton.

Inside picture of the original bank in Dryden, NY

At a meeting of the Board of Directors, a motion was made, and was unanimously passed that: “We submit and bid to furnish rooms in a new building to be erected by us for the time of 10 years at an annual rental of $720.  Said rooms to be made to comply with the specifications required by the Post Office Department.  Heat, light, and water to be furnished by us.”

On September 6, 1930, the Board of Directors voted to accept a print for a new bank building to be built at 15 West Main Street under the guidance of J.D. Ross.  The Board also authorized the purchase of the vault door (the same one used today) from Silver Creek Bank.  In 1932, the bank transitioned to the new building on 15 West Main Street.

Deposits of the bank became insured by the FDIC.

The morning after Halloween in 1943, a goat appeared in front of the bank on 15 West Main Street in Dryden.

The 1960’s was a unique timeframe for auto manufacturing.  The period brought class and alacrity while challenging size and strength.  The consumer demand was changing and the bank wanted to provide the right services for an evolving industry.   In October, 1961, the First National Bank of Dryden decided to release a business card size ad; to promote the auto loan products the bank had to offer and to show it was ready to keep up with the future of cars.

In 1964, the First National Bank of Dryden built a new location at 7 West Main Street in Dryden.

Along with manufacturing, the 1960’s brought a growing demand for modernization in the banking industry.  The surrounding communities were developing, and the bank Directors knew they had to meet the needs of a progressive community.

In wasn’t until 1964, when the First National Bank of Dryden built a contemporary facility to accommodate the needs of the surrounding areas.  The new building included a drive-thru, that was located in the back of the building, that is still in use today.

At the First National Bank of Dryden the customer is more than a number.  In the year 1985, advertisers thought of an idea to incorporate a special carpet rolled out for every customer that enters the bank.  When you entered the bank, everyone knew who you were. Today, we strive to keep that same methodology alive. Customers are greeted with a smile and are given the personal attention they deserve.

The bank opened a second location at 120 North Street in Dryden.  The time and temperature sign was added in June of 1987.  The picture shown represents the North Street Office as it stands today.

The Board of Directors decided to expand the bank’s reach to the Cortland County area.  W.L. Kline, Inc. was the contractor who built the new building on Route 13 in Cortlandville.

The new office construction was no easy task.  The weather conditions were extremely challenging, making each stage a unique operation.  Nevertheless, the construction still moved forward and was completed by the time the doors opened in June of 2003. 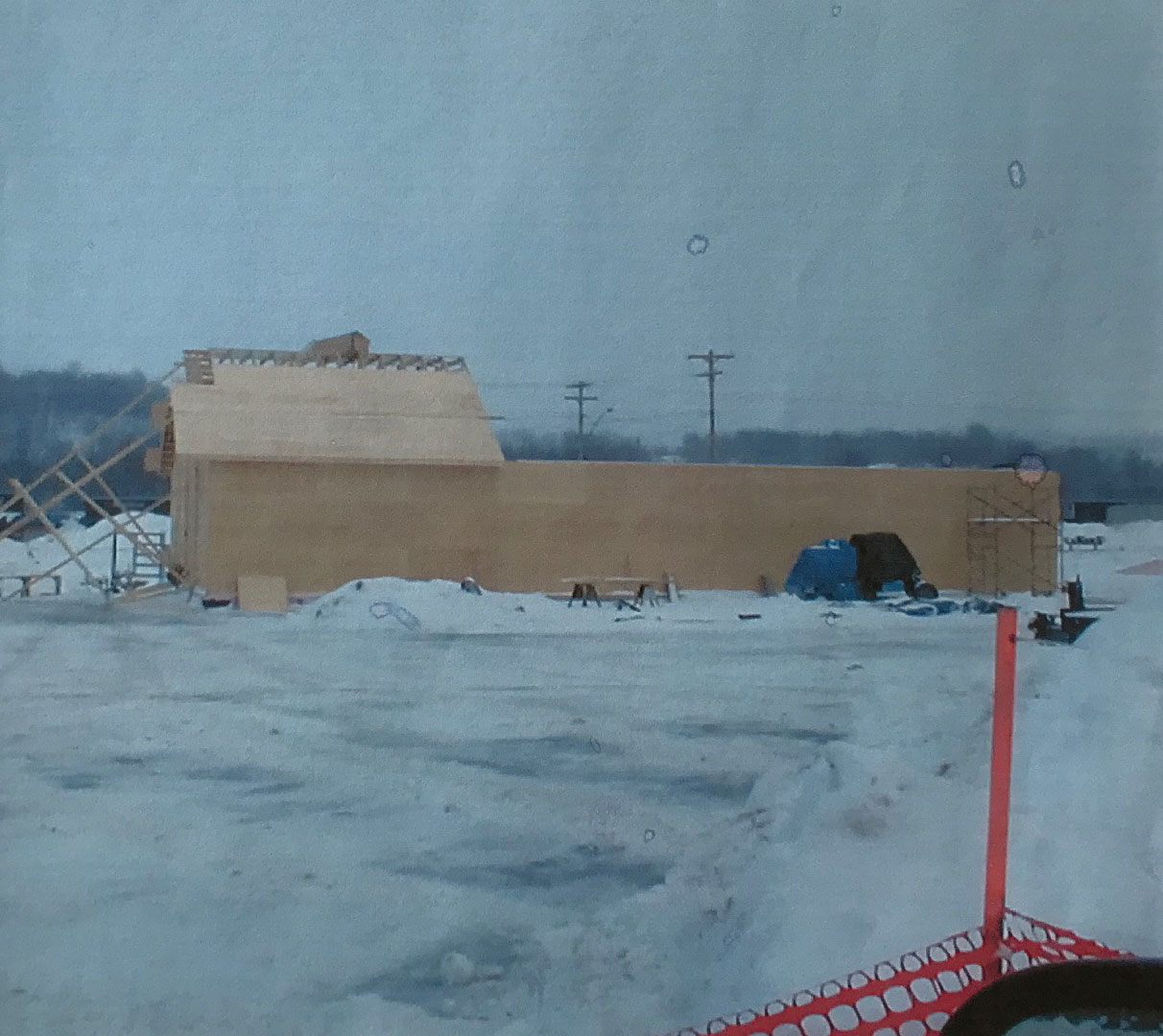 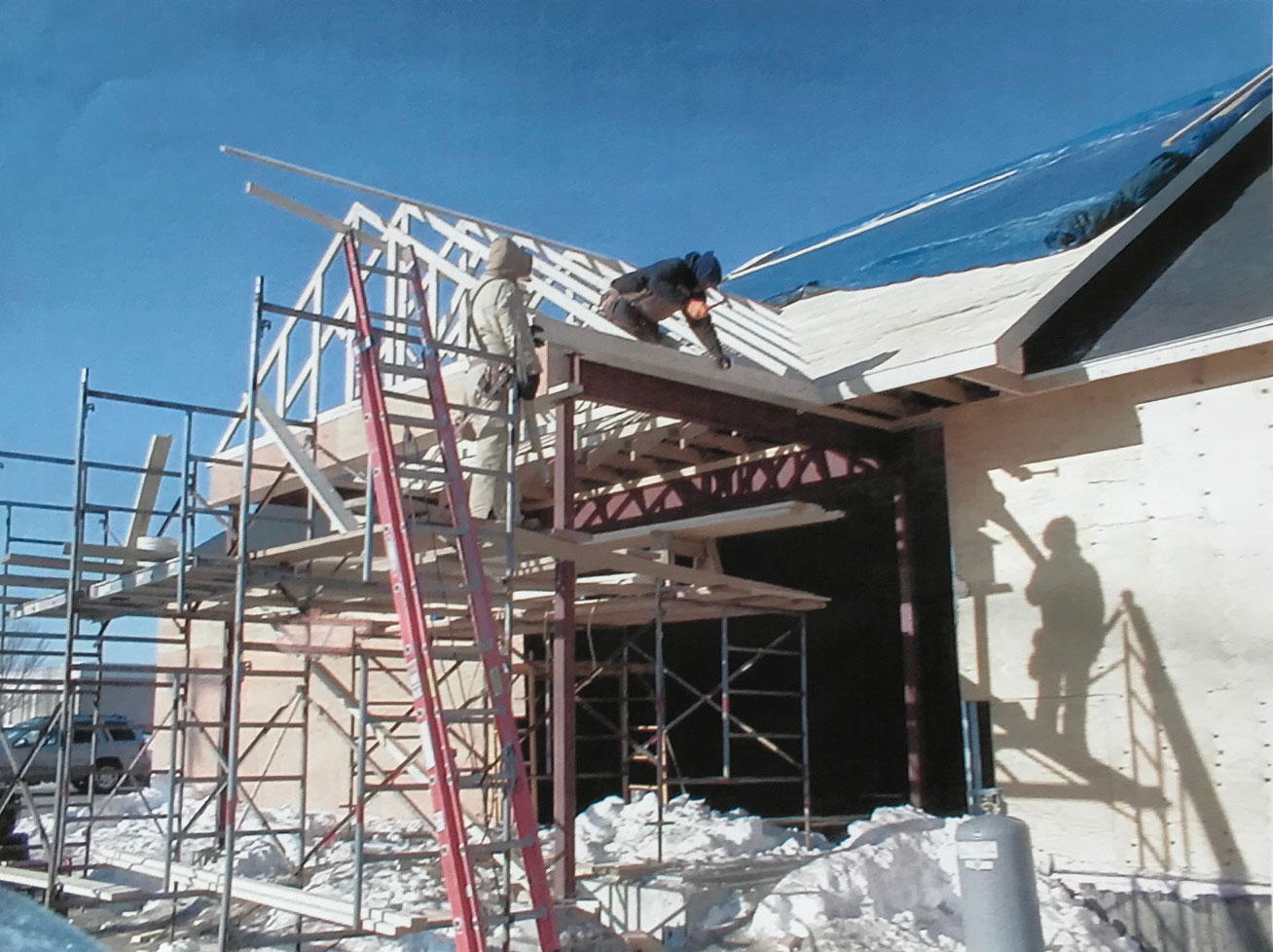 Once again responding to requests from the community, the bank opened a fourth office on the 1st floor at 12 S. Main Street in Homer.  The bank officially opened the doors on January 23rd, 2017.

Presidents of the First National Bank of Dryden

Cashiers of the First National Bank of Dryden

Over the span of 120 years, the bank’s commitment to excellence in customer service has withstood the test of time. Built on a solid foundation of personalized assistance and locally owned operations, the First National Bank of Dryden continues to look forward to the future of their customers and their community.

The current Board of Directors can be found in the Directors & Officers link.